Brisbane’s position just south of San Francisco makes it the perfect place for anyone looking to get out of the city while staying close to the action. Once your new home is secured, our Brisbane movers will allow you to move in only a day. To book our team, simply contact our local representative and ask for a free quote.

Check Out This Small City Just South of San Francisco

If you’re looking to move to a suburb just south of San Francisco, Brisbane might just be the place for you. The city provides everything you need within walking distance while also allowing you to get anywhere in the Bay in almost no time. It’s perfect for people who don’t want to be in the spotlight but still want to remain close to the action.

Considering that the city doesn’t have much free land to continue the residential expansion, most of Brisbane’s housing has attained a relatively high market value. According to Niche, it has a median home price of $890,000, making it more expensive than even some of the best places to live in the Bay. If your primary reason to move here was to be close to San Francisco, choosing to rent is going to be a much more affordable option. This is mainly because the median rent of $1,900 is relatively inexpensive for the region. While most rentals go for $2,000 or more, you can find almost as many apartments at one of the lower price points.

Everything You Need Is Within Walking Distance

Relocating to this small Bay Area town provides a lot of advantages. Besides having everything you need within walking distance, the US-101 can get you anywhere on the Peninsula in almost no time. If you’re traveling for work or going on a San Francisco staycation, getting Downtown won’t take more than 25 minutes, and that’s on busy days. You can also get around San Francisco without a car, as the local SamTrans bus service provides shuttle transportation to several nearby metro stations. For example, taking a train at the Bayshore Caltrain station will take you to SF in just 10 minutes. Last but not least, the San Francisco International Airport is less than 10 minutes to the south, allowing you to travel internationally very quickly.

The City Is Very Safe With Almost No Violent Crimes

Although Brisbane’s official crime rates are nothing to brag about, very few crimes actually occur within the city. While it officially has less than 5,000 residents, a large number of commuters causes the city’s daytime population to double on workdays, resulting in increased criminal activity. Despite the slightly elevated crime rates, the city had less than 150 criminal reports in 2019, out of which only ten were violent. More importantly, no murders occurred within the city borders. 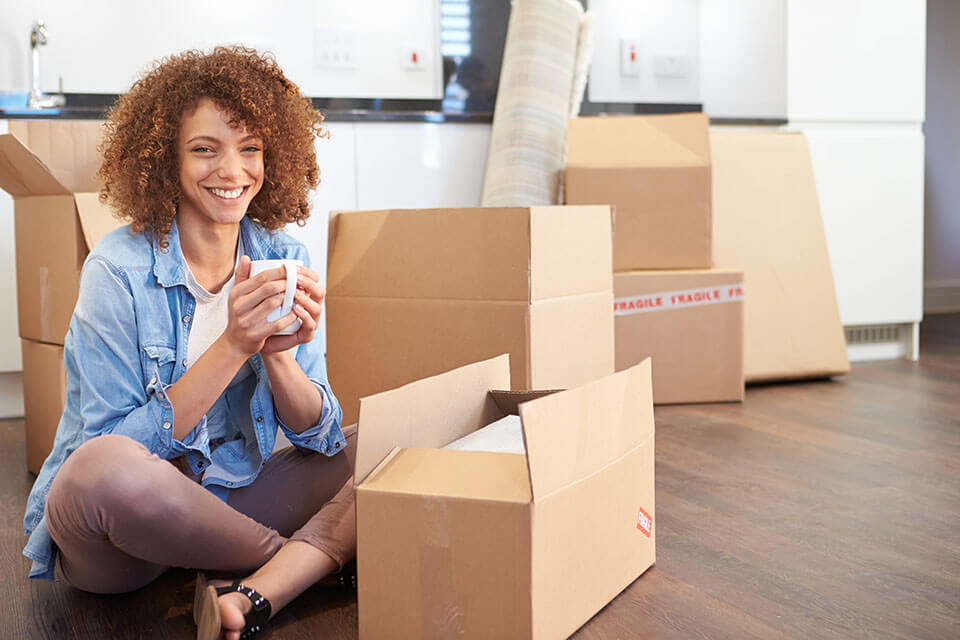 What Are the Benefits of Hiring Our Bay Area Moving Company?

Hiring a professional moving company in the Bay Area provides a lot of benefits. Firstly, booking a mover will allow you to move efficiently without using all the complicated relocation hacks. You also won’t have to deal with high levels of relocation stress, as most of the preparations will be done in a single day. Of course, none of this would be possible without excellent local relocation services, and Golden Bay Relocation can provide anything you might need during a move.

Our local movers in the Bay Area provide all sorts of professional services, allowing each client to get exactly what they need. Considering every relocation is different, check out some of the options you can get when choosing to move with our Brisbane moving company:

Besides all the standard relocation services, our San Francisco moving company also has storage facilities you could use. Most Bay Area moving companies don’t even offer storage services, so hiring us will allow you to store all the excess furniture and other large items you might have before relocating to the new house. On the other hand, the in-and-out-of storage service is perfect for those already renting a unit. It covers storing preparations and transporting for each item.

Contact Our Local Brisbane Movers to Get an Excellent Free Quote

Unlike other moving companies in the Bay Area, booking us won’t leave you penniless after the move. Despite being one of the best movers in San Francisco, we offer some of the most affordable quotes on the market. Our pricing is also completely transparent, allowing you to keep your relocation expenses under control. To learn more about the cost of each service, contact our customer support and request your free quote right now.

What they've said about us

Hear from our previous customers about their experience.

Theo D.
Read More
“I have used Golden Bay Movers twice and they have been fantastic!!! They're very quick, very strong, clean, prepared and ready for anything (walk-ups and busy SF streets). I highly recommend them. They're worth every dollar and they will make your move stress-free!!!!”

Christopher W.
Read More
"Love Che Fico! The name has a dual meaning: cool and fig the interior is beautiful and the food and cocktails are excellent if on the pricier side. Expect an hour+ wait unless you have a reservation, and reservations at peak times hard to come by. Grab a drink on divis while you wait!”

Dirgni M.
Read More
“Although we had a few scheduling incidents the moving day the company really care about their customers. They made a refund and sent flowers to my new place to made up for the scheduling incident Golden Bay Movers is a company that really cares about customers satisfaction Hola lol definitely use this service again.”

Valeria Aluni
Read More
“Has to move very often and other companies are so slow to charge you more !! This one are so fast !! So clean, professional, they help us packing, super friendly we love them !! If he have to move again we for sure will call them again and again !!!! You are the best team!!!! THANKS”

We know how difficult moving can be. That is why we provide the highest-quality relocation solutions that fit all your unique needs.